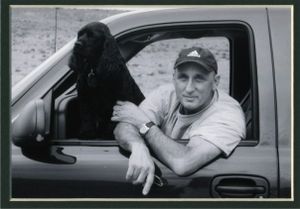 Tom Madden is an entrepreneur and former journalist who resides in Taos, NM.   Madden is currently chairman and CEO of iPressroom, a Los Angeles-based internet software firm that assists companies and organizations communicate with the media.  Madden was a co-founder of PrimeZone Media Network, a global press release newswire company that was sold to the NASDAQ stock market in 2006.  In addition, Madden co-founded IPO Monitor, an online site that provides information about the initial public offering market.

Madden's journalism career included almost a decade with United Press International, where he covered stories throughout the South  ranging from the death of Elvis Presley to James Earl Ray, the assassin of Dr. Martin Luther King.  He also worked at the Atlanta Journal and Constitution and the Macon, Ga. Telegraph.

A native of Macon, Ga., Madden is a graduate of Mercer University.