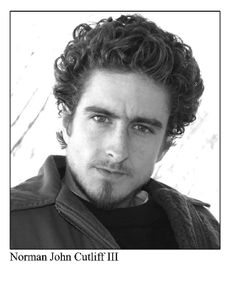 Norman John Cutliff III, is an amazing drummer and has top credits to his name.  When he was in his late teens, he formed a band called Tabularasa.  This band developed the biggest following in New Mexico for starters.  They took their act to San Diego, where they went to to play at top venues.  Sadly, Tabularasa decided to go their separate ways after being invited to play on the famous Warp Tour with the likes of Travis Barker.  It was in 2007, that Norm and his best friend/lead singer ofTabularasa met up with some top musicians in La Coka Nostra. And, then came Stereo Chemix. Stereo Chemix produced one album with Finbar O'Hanlin, John Otto from Limp Bizkit, DJ Apokalypse, Norman Cutliff, and Ceekay Jones.  In two months, they had a huge following.  These talented musicians decided to call it quits and go their own way.  Norman is now the drummer for the most popular band is Taos, called the Monkey Feeders.  The lead singer of this band made it through a couple of rounds on the hit show, "The Voice".  Norman is currently producing and recording an album with another well-known vocalist, Gregory Thum called Gigantic Hawk.   Norman also can be seen as the character John Droner, in the independent film, starring Courtney Gains, Benny Bliss and the Disciples of Greatness.  Norman also plays an integral role at 8th Eye Productions as Vice President with his extensive musical background.