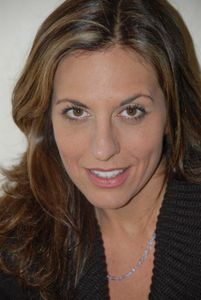 Jennifer Jordan, author of “The Mighty 7”, can best be described as “A force to be reckoned with”.   She began her journey into the realm of story telling over ten years ago, where she was taught how to write a film by, director Dennis Jarvis.  Dennis, a pro surfing veteran, and owner of Spyder Surfboards, showed her step- by -step how it was done.  She then went on to write her first feature film called “Get a Life”, a film best described as “The Wizard of Oz meets Hollywood”.  Her first feature film script, made it into the hands of Robert Geringer, of Fine Arts Entertainment known for films such as The Notebook.  Robert told Jennifer that she was on the “leading edge” with her concept and ahead of her time.

From that moment forward, Ms. Jordan created and wrote three reality television shows, two short films, two feature films, and wrote and directed her first music video, Love Rescue Me, for The Big Joe Hurt Band, winner of Los Angeles Music Awards for “Best Album of the Year”.  Her reality show, “Paparazzi Payback” was the talk of the town in Hollywood with networks such as ABC and E Entertainment Television.

Currently, Jennifer is working for Mark Miller, A Walk in the Clouds, and Savannah Smiles on his new soon to be “box office hit”, Whispers in the Wind.  Jennifer is also writing a trilogy based on her novel The Mighty 7 and a cartoon series called Dorband and Friends in which she shares the creative hot seat with her brother Norman John Cutliff III, and her cousin John Wayne Harper.  She is President of 8th Eye Productions, based in Taos, New Mexico, and is proud to have the opportunity to direct a brilliant film created by David Garver, “The Walking Shadow of Danny O’Shea”.  She is honored to be a part of such an amazing team of talented artists.  Her goal is to turn 8th Eye Productions into one of the biggest studio lots in the world, and she is honored to have John Norman her father, Norman John Cutliff III, John Harper, Tom Madden, David Garver, and Jennifer Alyse join forces with her company.