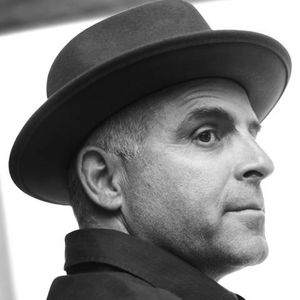 David Garver has been a performing artist for over 35 years.  He is an award winning singer/songwriter. His CD Blind Artist was nominated for 5 New Mexico Music Awards in 2009. His song Tennessee won Song of the Year in the Americana category. His current band, Bones of Romeo, is working on a CD of all new original material. As a film and television actor, David has appeared in numerous productions. He played the role of Restless Frank in the T.V. Mini series Buffalo Girls. He appeared as bad guy, John Zack, in two episodes of  ABC Family’s Wildfire, and bad guy Joe Conner in an episode of In Plain Sight. He played the role of Barker in Ron Howard's film, The Missing. In April he finished shooting the pilot for Reconstruction, directed by thirtysomething star, Peter Horton.  He just appeared in the first episode of the new A & E drama, Longmire, on June 3rd. He has been a member of The Taos Theater Company, Working Class Theater of Taos, and The SageTheater Company, with lead roles in productions of Hamlet, Macbeth, Night of the Iguana, One Flew over the Cuckoo's Nest, True West, The Good Thief, The Beauty Queen of Leenan, and A Few Good Men. He performed The Good Thief at The Kitchen Dog Theater in Dallas, TX, and spent six months with the company. He just completed a two year run of The Age between Sage and Fool , his third all  original one man show. He has also written and performed A Prayer for the Butcher, and Looking for the Key with a Microscope.  He and his wife, Aura, own and operate Aurafitness, a yoga/training/performing arts studio in Taos, New Mexico.  He has three children, sons Ian and  Mischa, step-daughter Marlen Jesse, and grand-children Damian and Sienna.